EAGLES HIGH SCHOOL was registered by the Government in 2006 as a Boys’-only-Boarding-only Secondary School teaching the National curriculum. It began with only 26 Boys in the same year, reaching its peak of 573 students in 2016. It entered its first O-level NECTA examinations with 31 candidates in 2009, going to A-level immediately as its initial seed capital. It entered its first ACSEE examinations with 61 candidates in 2012. During its short 12 years’ life, EAGLES has contributed to the Nation’s stock of human capital by pouring a cumulative total of 647 students into A- level and 489 young men into University.

We are pleased to announce that with Government approval, a new School Manager has been appointed, Eagles High School Limited whose mandate shall be operation of the School as its sole business and the School has been rebranded as EAGLES HIGH SCHOOL.

Following these changes, 4 initiatives have been taken by the new Administration:

First, in the Curriculum filed, new subjects have been introduced to answer the Nation’s call for industrialisation and middle-income status by 2025, leveraging on its status as a Regional hub with global competitive advantages. These are:

Second, at the INFRASTRUCTURE level, TTCL (contracted by the School under their RUDI NYUMBANI KUMENOGA business model) has installed and rolled out a fibre- optic cabling and network at the School, such that EAGLES now boasts powerful Wi-Fi connectivity at its campus to support its teaching and learning. This was a necessary condition for offering combinations involving Computer Science (Cs) at A-level.

Third, and thanks to this Wi-Fi again, the School has installed its proprietary SCHOOL INFORMATION SYSTEM (SIS), a web-based school management portal that connects the School to its teachers, students, parents and other stakeholders. With a series of passwords and access rights, the School is now able to communicate seamlessly with its stakeholders as needed in the areas of enrolments; attendance; timetabling; examinations; resident matters; and general news about the School

On the part of Human Resources, a professional COUNSELOR has been retained for that specific purpose. In addition, 2 other new professional teachers have been engaged as Resident Parents, to actually stay with the Boys after School hours. One of them majors in PHYSICAL EDUCATION, the other in languages EXTRA-CURRICULLAR ACTIVITIES. They have been hired to focus on students’ moral and physical welfare.

Finally, Top Management of our School is headed by the Headmaster and comprises the Senior Academic Master as Deputy Headmaster; Director of Operations; and the Boarding Master. We have 2 departments in the Headmaster’s Office dedicated to Monitoring and Evaluation (M&E) and to Marketing and Communications. They are supported by a School Advisory Board as required by the law, carefully chosen to balance the School’s most vital aspects.

Please communicate all your inquiries to: 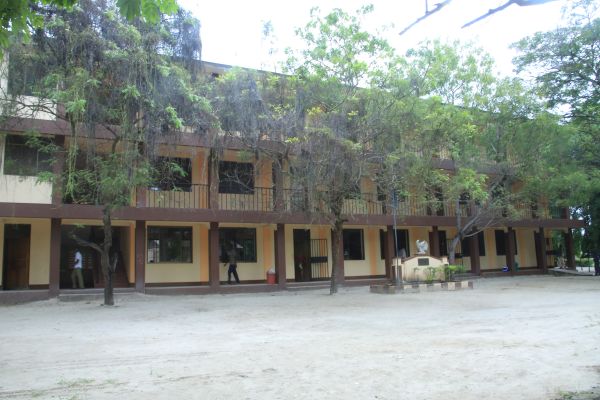